Why flying ants swarm into our homes 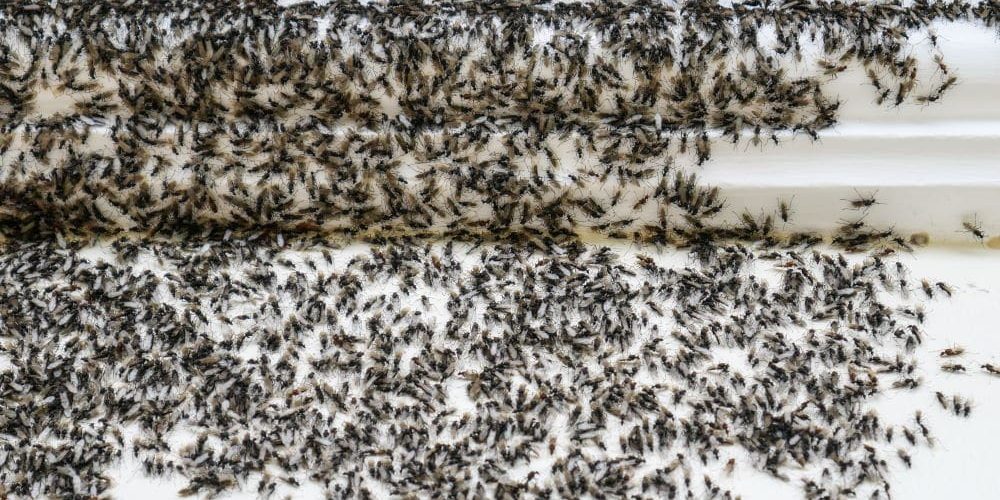 Flies and wasps buzzing around your house is bad enough but what if a swarm of flying ants invades your home? Well, it can – and does – happen.

Flying ants enter houses through open windows and doors and cracks in walls and roofs. They do this for the same reason their crawling counterparts infest our homes: to find food and water and a place to establish a colony.

If you see ants flying around your home, they’re most likely common black ants.

According to the Royal Society of Biology Flying Ant Survey, nearly 90per cent of winged ants are common black ants.

The common black garden/pavement ant (Lasius niger) is the most widespread type of ant in the UK. As temperatures increase in summer, so does its activity. This is when you’re most likely to see black ants scuttling in or around your house or workplace.

Sometimes, though, they take to the skies.

Why do ants fly?

Ants are social insects that live in colonies led by an egg-laying queen. She’s supported by sterile female worker ants foraging for food and protecting the nest. The male faction of an ant colony consists of drones whose only job essentially is to reproduce.

Some eggs laid by the queen ant hatch into females and males that develop wings and leave the colony in “nuptial flights” of thousands.

They do this because a female ant needs to breed with a male from a different nest to set up a new ant community, so they mate in the air with ants who’ve flown off from other colonies.

Swarming in massive numbers helps to protect the ants from predators and increases the chances of finding a mate.

After mating, the new queens bite off their wings and scurry around in search of a place to start their nest. The males die.

You may have noticed that some winged ants are much bigger than others. The larger ones are queens – up to more than half an inch long.

What problems do flying ants cause?

The common black garden ant is not known to bite, but an infestation of the winged insects in your house or garden can still be a major summer nuisance. This is because they swarm in hordes so large they’re sometimes detected on weather radar space satellites.

And if they end up on your property, you’ll probably be ducking and diving and frantically swatting at dense clouds of the insects to try to keep them out of your mouth and hair – like players and spectators at Wimbledon a few years ago.

Although flying ant infestations last only a few days, a newly mated queen may lay her eggs in or around your home, resulting in a full-blown colony that can thrive for 20 to 30 years.

In 2018, flying ants made global headline news when they invaded the hallowed grass courts of Wimbledon and disrupted play.

They seemed particularly attracted to Danish tennis star Caroline Wozniacki, who complained to the umpire that she couldn’t focus on her game with a mouthful of bugs.

The No.2 seed went on to suffer a shock defeat in this second-round match on Court One against Russian Ekaterina Makarova – although Wozniacki didn’t blame the ants!

While flying common black ants can drive us mad by invading our personal space, winged carpenter ants that result in a new colony can be destructive.

Carpenter ants (Formica ligniperda) sometimes nest inside homes, and they can cause structural damage as they carve out tunnels through wood.

What is Flying Ant Day?

The phenomenon of so many ants suddenly taking to the skies has become known as Flying Ant Day. It’s a myth. There’s no specific single day when flying ants appear and then vanish.

Depending on weather, flying ants can be seen in different parts of the country any time from June to September.

How to deal with a flying ant infestation

Flying ants invade homes in huge numbers in the summer. These annual mating swarms mean the start of a new colony, so controlling them minimises future issues as well as addresses the immediate problem.

The most effective solution against flying ants is to get the help of a professional pest control company with experience in safe ant-gel baiting solutions.

How to choose a good pest control company
9th May 2022 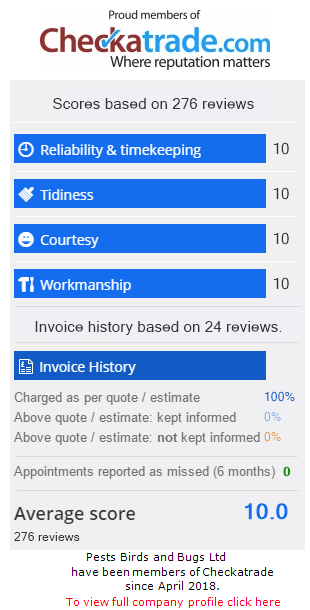 Go to Top
We use cookies on our website to give you the most relevant experience by remembering your preferences and repeat visits. By clicking “Accept All”, you consent to the use of ALL the cookies. However, you may visit "Cookie Settings" to provide a controlled consent.
Cookie SettingsAccept All
Manage consent

This website uses cookies to improve your experience while you navigate through the website. Out of these, the cookies that are categorized as necessary are stored on your browser as they are essential for the working of basic functionalities of the website. We also use third-party cookies that help us analyze and understand how you use this website. These cookies will be stored in your browser only with your consent. You also have the option to opt-out of these cookies. But opting out of some of these cookies may affect your browsing experience.
Necessary Always Enabled
Necessary cookies are absolutely essential for the website to function properly. These cookies ensure basic functionalities and security features of the website, anonymously.
Functional
Functional cookies help to perform certain functionalities like sharing the content of the website on social media platforms, collect feedbacks, and other third-party features.
Performance
Performance cookies are used to understand and analyze the key performance indexes of the website which helps in delivering a better user experience for the visitors.
Analytics
Analytical cookies are used to understand how visitors interact with the website. These cookies help provide information on metrics the number of visitors, bounce rate, traffic source, etc.
Advertisement
Advertisement cookies are used to provide visitors with relevant ads and marketing campaigns. These cookies track visitors across websites and collect information to provide customized ads.
Others
Other uncategorized cookies are those that are being analyzed and have not been classified into a category as yet.
SAVE & ACCEPT
Call Pests, Birds & Bugs